It's on blocks at a marina in Cobb Island Md with an assigned slip.

I bought it last fall from the previous owner who didn't put the boat back into the water in 2014 I'm told because of his ill health.

I believe it would shine with a good cleaning, some stain/varnish and a small outboard motor.

But, since I live in Virginia, it's just too far away for me to fix it up and berth it in Maryland.

It pains me to let it go but I know I'm not going to put in the effort.

You'll be the captain/owner of a rather nice sailboat.

I've paid the Marina Fees through the end of July. 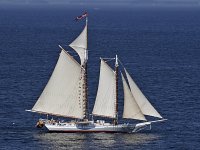 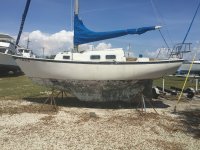 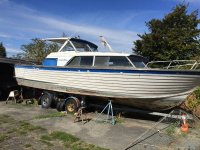 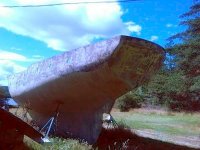